If your oil and gas came with a label, what would you learn? Visit MadeTheCanadianWay.ca to find out.

A multi-billion-dollar project to reinforce Ontario’s power grid is getting underway, promising lower electricity costs for Ontario consumers, jobs and economic benefits for local communities, as well as deep cuts to greenhouse gas emissions once it is up and running. 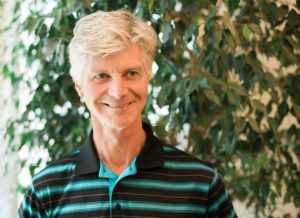 While it is based on relatively simple technology, the ‘pumped storage’ project proposed approximately 200 kilometres northwest of Toronto will be built using the latest techniques to minimize impact on the environment. It is considered one of Canada’s largest green energy projects and is being developed by one of the country’s oldest and biggest oil and gas pipeline companies.

“I’ve been building power facilities in Ontario for over 30 years, but this is without question the most compelling and important project I’ve ever been involved with,” says John Mikkelsen, director of power and storage projects for TC Energy.

“It’s a huge undertaking and a very unique project for us,” Mikkelsen says. “At the end of the day it is about enhancing the efficiency and performance of the electricity grid so there is less waste and less emissions.”

The project is essentially a hydro power facility that will act as a large battery. It will use excess electricity available at night to pump water from Georgian Bay of Lake Huron into an uphill storage reservoir to be built on land occupied by the Canadian military. The stored water can then be released back into the lake during the day, flowing through turbines that will generate up to 1,000 megawatts of electricity when power demand is highest in southern Ontario.

“The system is designed to provide enough power for one million homes for eight hours,” Mikkelsen says. “It’s a way of balancing electricity supply with demand, which we estimate will reduce the cost of electricity for consumers in Ontario by $250 million per year.”

Ontario’s electricity supply comes from a mix of sources including nuclear, wind, solar, hydro and natural gas-fired power plants. But with wind and solar providing power at unpredictable times, the province typically has excess supply at night, while relying on natural gas generation to meet peak demand during the day. Adding a reliable source of hydro power each day will lower natural gas consumption, eliminating 500,000 tonnes of carbon dioxide emissions – the equivalent of taking 150,000 cars off the road.

Mikkelsen says the project is an important part of the long-term plan for meeting Ontario’s growing demand for electricity, as some of its aging nuclear fleet will be retired over the next decade.

“The pumped storage project will provide one-third to one-half of the new supply that is needed by using the resources we have in Ontario in a more efficient and environmentally friendly manner.”

TC Energy has begun initial consultation work with residents, Indigenous groups and other stakeholders in the area. The company is planning to begin field work later this year, including environmental assessments to minimize the project’s impact on fish, wetlands and other important features around Georgian Bay.

The project is expected to create 1,000 jobs over four years of construction, and it is expected to add an estimated $200 million per year to the local economy once it begins operating in 2028.

“Our plans to get out on the ground this summer are being pushed back because of the COVID-19 situation, but we are aiming to get back out into the community as soon as it is safe to do so,” Mikkelsen said. “Protecting the environment and listening the community’s ideas and concerns are the starting point for this project, and we are looking at ways we might be able to speed up some aspects of that work so we can get as many people working as soon as possible.”

How Canada can help with the world’s growing LNG shortage