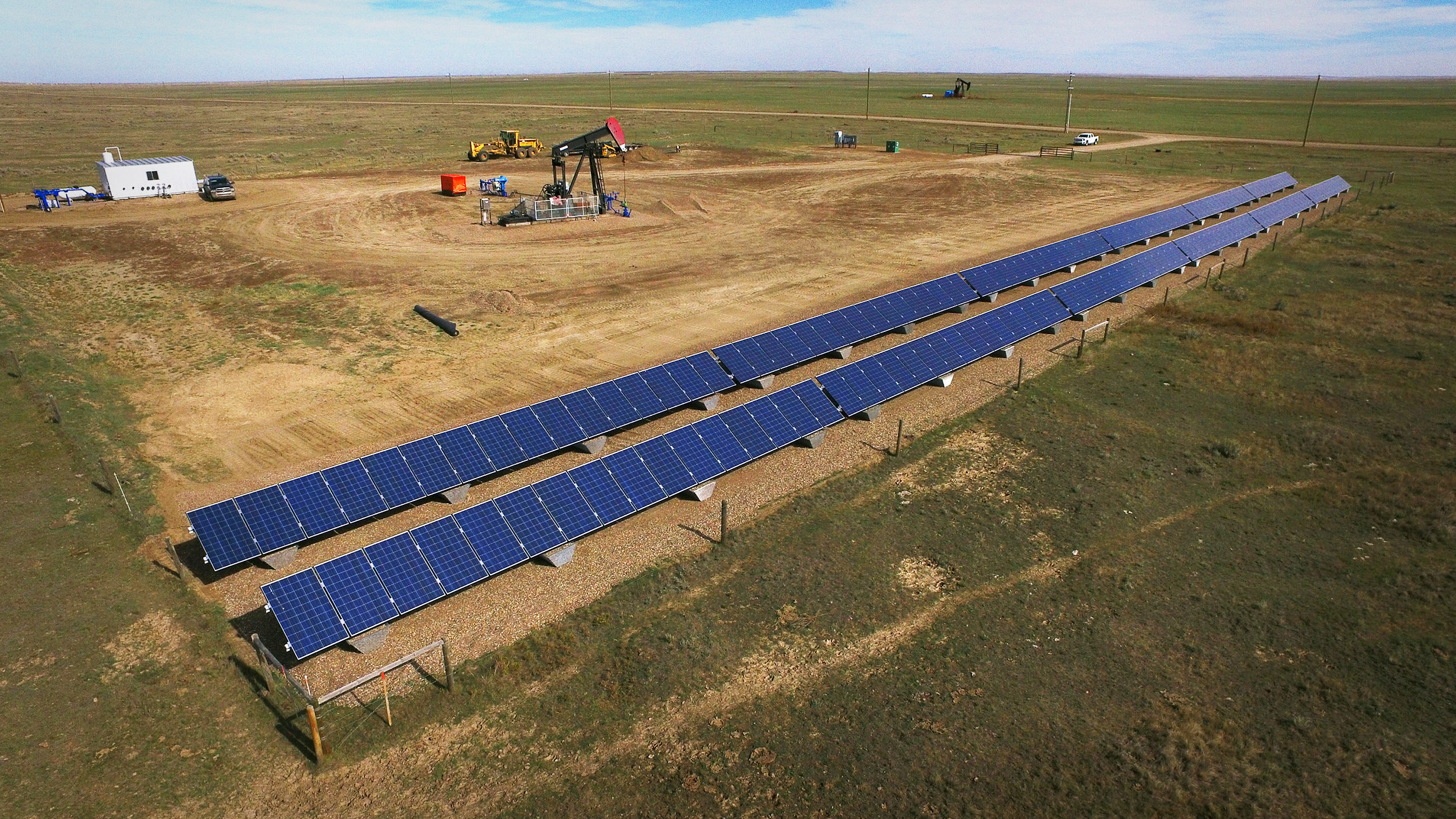 Old and new energy sources are often pitted against each other, yet innovators like SkyFire Energy, Western Canada’s leading solar provider, are demonstrating they can grow together by supplying renewable energy to oil well sites.

David Kelly, CEO of Calgary-based SkyFire, said his employee-owned company has equipped two wells sites for Imaginea Energy Corp., and sees more potential for solar use across the oilpatch.

“It’s merging our energy really,” Kelly said. “Solar is part of Alberta’s energy mix and it needs to be brought to everyone’s attention … we should be supporting it the same way we’re supporting the oil and gas industry,” Kelly said.

The two solar-powered well sites are located just east of Brooks, a town about 200 kilometres southeast of Calgary.

“A well pump runs on electricity,” Kelly said. “So just like any other load, whether it be a building or a house, a pumpjack needs energy. We’re providing a portion of that energy from solar and then the remaining energy would come from the grid.” By using solar, the well site uses less natural gas, he said.

Kelly said Western Canada’s solar resource is world class, with better solar potential than places like Rome, Italy, and Rio de Janeiro, Brazil, and has become a significant part of the Alberta economy. Several large-scale solar projects are moving forward, creating some 5,000 to 10,000 jobs, he said.

Kelly started his solar business in 2001, which was rare at the time in Alberta. His first solar installation – in his home — was only the third one in the province.

Since 2001, SkyFire has designed and installed hundreds of grid-connected and off-grid solar power systems in eight provinces and territories. With offices in Edmonton, Regina and Penticton, SkyFire has 64 employees.

The company’s business is half residential and half commercial. Its commercial projects have included the Canadian Blood Services building, schools and universities, the Ermineskin Cree Nation, a Hutterite colony, chicken barns, and Banff’s recreation centre.

“It’s really a game changer and it’s happening worldwide,” he said. “We still need other energy sources. Solar can’t stand on its own just like you can’t have a coal-fired power plant without some other backup because you’re going to have down time on any generator whether it be coal, solar, wind, gas, anything. You’ve got to have a mix of generation in the province to make it work.”