Top chefs flock to the flame 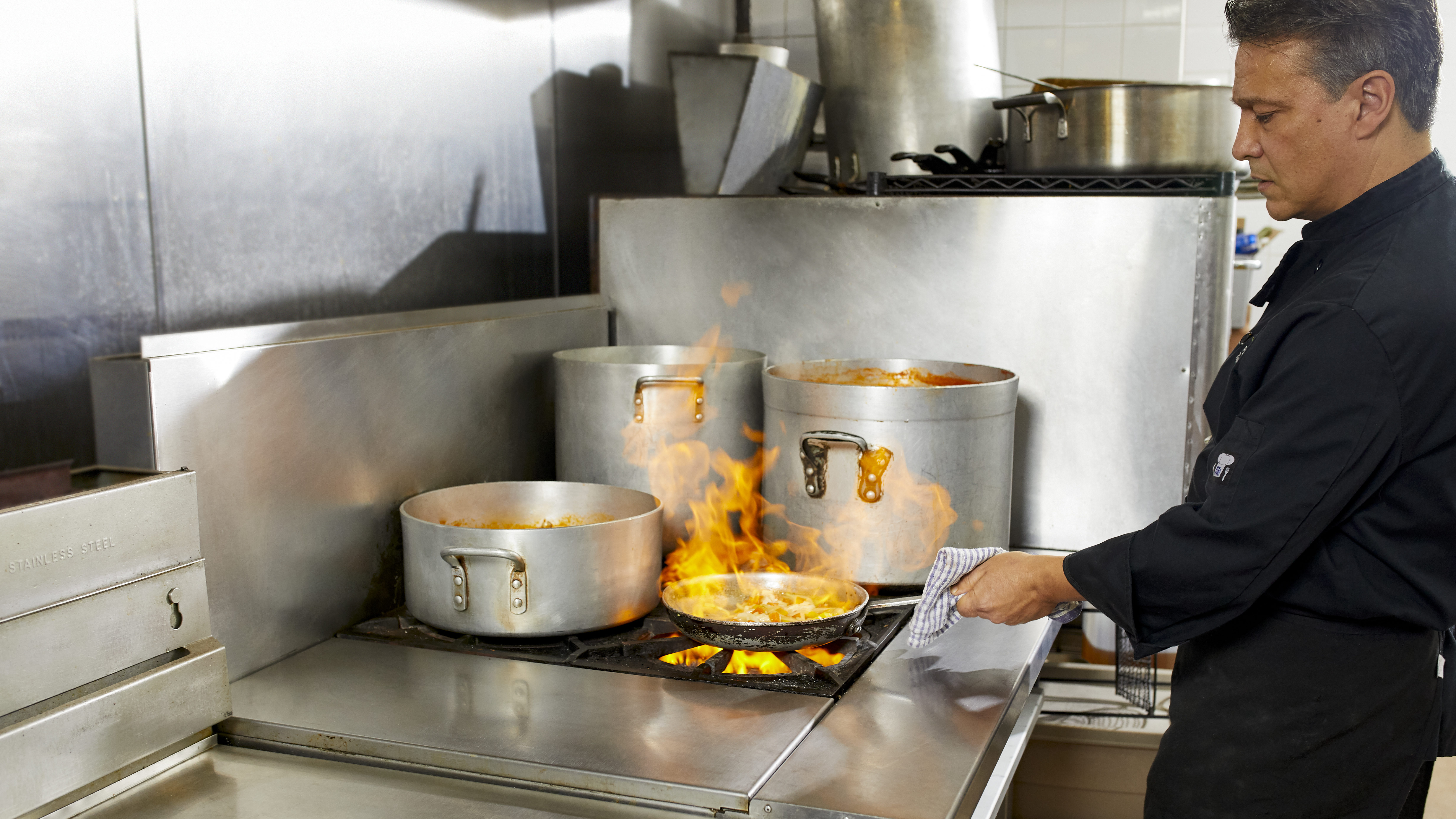 Peter Budisa, executive chef with Dalma Catering in Mississauga, Ont.,says the only way to do big batch cooking is with natural gas burners. Photograph for the Canadian Energy Centre

When it comes to cooking for the masses, there’s nothing quite like the control of cooking on a natural gas flame, says Peter Budisa, a chef who has prepared meals for groups of as many as 1,000 people.

“The main ingredient of a recipe is always the timing and with gas there is no waiting for elements to heat up,” says the executive chef of Dalma Catering, based in Mississauga, Ont. “The way I see it, the only way to do big-batch cooking is with gas, because I control the heat.”

Like many chefs, Budisa was trained in classic French-style cuisine and says essential cooking techniques, such as braising, searing and flambéing, also work optimally on a gas stove. “Gas is one of those tools of the trade that chefs rely on,” he says. “It’s a long-standing tradition in cooking and we’re all very familiar with it.”

A recent lawsuit by a restaurant association in California demonstrates just how strongly chefs feel about their gas elements. The California Restaurant Association is suing the City of Berkeley over its recent ban on new natural gas connections set to take effect in January 2020. The association says such a move will harm restaurants that rely on gas for certain cooking styles and may prevent them from being able to produce the specialties they’re known for in the Bay Area.

Tim Egan, president of the Canadian Gas Association, recalls the same pushback by Vancouver’s restaurateurs when the city proposed a similar ban on gas a few years ago. “We’ve always talked about the pleasure of cooking with gas, but until then we never realized just how much chefs depend on this very manageable cooking system,” he says.

For restaurant owners in particular, it’s also one of the most affordable energy options, he adds. “All small businesses operate on small margins and restaurants have really small margins, so price matters.”

For professionals cooking on a smaller scale, the allure of gas is no less intense. Home economist Mairlyn Smith, author of eight cookbooks including the best-selling Peace, Love and Fibre, says the first thing she did when she moved into her Toronto home was put in a gas stove. “There is this symbiotic chemistry that happens when I cook with gas — the stove and I become one,” she says. “I control the heat and I like that there is no dial telling me it’s at medium when I know that’s clearly not the case.”

When Smith has to use the occasional electric element during TV appearances, she says timing is always an issue. “When you have only five minutes between segments to set up, electric stoves never heat up in time and I’ll have to tell my producers I can’t go live yet because there isn’t even a sizzle.”

With a chef’s penchant for control in the kitchen, it’s no surprise that natural gas is the restaurant industry standard across the country.  “I’d say gas is the fuel of choice for most chefs in Canada, if not the world,” says Luc Erjavec, vice-president, Atlantic Canada at Restaurants Canada, the national, not-for-profit association representing 35,000 restaurants, bars and hotels. Erjavec says he’s never met a chef who wouldn’t prefer to work with gas.

In creating delicious foods, Erjavec says chefs pay close attention to specific pots and pans that perform best on gas elements. “Woks with their rounded bottoms heat better on a gas stove, and copper pots shouldn’t be used on induction or electric stoves at all or they’ll tarnish,” he says. “That’s why when you start to talk about alternatives to gas and the types of pans that need to be used, it’s a big limiting factor for chefs.”

Donald Gyurkovits, a Vancouver chef and acting president of the Culinary Federation, representing chefs and cooks across Canada, says the majority of his members are trained on gas stoves. If the industry is forced to adopt other energy sources for cooking, he says chefs will need to educate themselves on how to use these new devices and “that will take time, money and lots of practice.”

On top of that, as small business owners, he says most restaurateurs are going to need major incentives to make the switch. “If I have to refit my kitchen that’s going to cost me tens of thousands of dollars, and on small profits, I’m never going to make that back,” he says. “I’m all for the environment, but governments have to make it worth our while.”

The CGA’s Egan says municipal councillors tasked with an environmental agenda are sometimes losing sight of the implications of the policies they recommend. “I do think there’ll be more bans proposed here in Canada, but the reaction against them will very strong, not just from restaurateurs, but from small business and home owners too,” he says. “I don’t think people have connected the dots when it comes to what all of this will mean to them personally.”