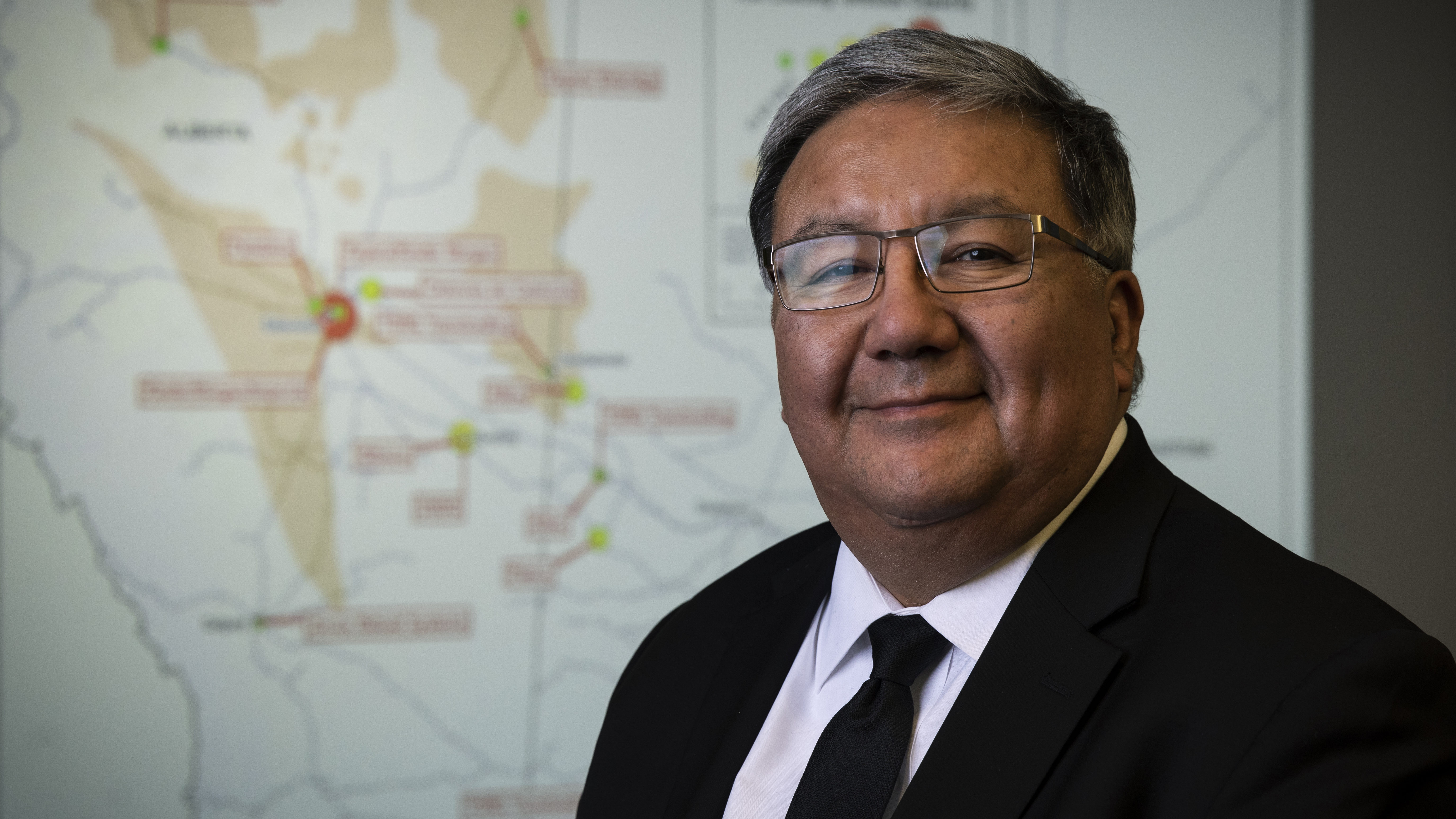 When Dale Swampy talks about poverty on reserves, he gets angry and frustrated.

He thinks Canadians don’t want to deal with what’s going on in their own backyard. “You feel like it’s out of sight, out of mind,” he says.

There’s also a deep sadness when he speaks. Swampy, a member of the Samson Cree Nation in Maskwacis, Alberta, 90 kilometres south of Edmonton, grew up in poverty himself.

His father died when he was very young. After his death, his mom suffered from an alcohol addiction. “My mother was in residential school for 13 years,” he says. “She struggled in her life.” Swampy moved off the reserve to live with his grandmother, while his two siblings stayed with other family.

His community continues to struggle. In 2018 alone, there were 14 suicides in less than two months.

He talks about a friend who killed himself in the basement of his home at the age of 60. “It’s not something anyone wants to hear, right? But it’s what’s happening. It’s the real truth out there.”

As he cites a long list of challenges on reserves, including a lack of buses for students getting home late after school sports, his cell service cuts out during our interview. He’s leaving the NCC offices at the Tsuut’ina Nation community, less than 6.5 kilometres from Calgary city limits. “Just goes to show you the communities we’re living in, right? We don’t have a proper connection, proper water. [It’s like a] Third World country.”

Swampy says Indigenous families feel separated from the rest of society, like they don’t belong. He wants to give them opportunities so they can thrive and rise out of poverty through employment and pride in their community, as he did.

Despite his difficult childhood, Swampy, now 57, graduated with a degree in economics from the University of Alberta. Before running NCC, he worked for his band for two decades and ran his own consulting business.

When Enbridge Inc. was trying to get the Northern Gateway pipeline going, he was recruited to head up an equity partners group of 31 Indigenous leaders. They all wanted a share in the pipeline project.

After Northern Gateway was cancelled, the chiefs formed the NCC in 2017, focused on a new purpose. By November 2019, it had grown to 81 First Nations chiefs and Métis leaders.

The NCC is backing Indigenous groups seeking an ownership stake in the Trans Mountain Expansion Project, known as TMX, and launched an Indigenous Strong program to bring together the roughly 12,000 Indigenous workers in oil and gas to show solidarity and support for the industry.

Swampy believes there is a misconception that Indigenous people all have the same view on the energy debate. His group supports extraction of resources on Indigenous land, as well as pipelines.

“To say that we are all against development is ludicrous. We’re in favour of prosperity,” he says. “People think we’re all on welfare and against every piece of development that comes our way. It’s frustrating.

“We know that the majority of chiefs are in favour of participating in major projects.”

There are many benefits for communities, he says. Indigenous workers earn, on average, more than twice as much in oil and gas jobs as they do in other industries – nearly $98,000 versus $44,000, according to a 2018 Statistics Canada report. And there’s opportunity for greater wealth through ownership.

Prosperity is important to Swampy as a father of eight children and grandfather to 21 (with a 22nd grandchild expected in February).

He is proud that three of his children have postsecondary degrees. His children work in different fields, including oil and gas, though two were laid off in the downturn in 2015.

“When the oil patch went down, I saw lot of people being unemployed, losing their job.”

As a father and grandfather, it’s also important to him to look after the environment. “It’s part of our culture. We want to be part of it. We want to ensure [our land] is protected.

“We’re not climate change deniers. We believe climate change is a real issue. But we don’t believe that cutting off oil and gas is the way to go to reaching a non-carbon future. We have a resource here with revenues we can capitalize on to fund research and development.

“We need a sustainable energy strategy. We have to keep our oil and gas so we can keep our economy strong so we can afford to fund research and development for green energy initiatives.”

Swampy, who used to have time for curling and golfing, says there is a new urgency to his life and work. He spends all his down time on his growing family. The rest is all about the work ahead.

“There is a crisis with poverty on reserves and there’s also a crisis in oil and gas.”

They go hand in hand, he says. And he is determined to do something about both.