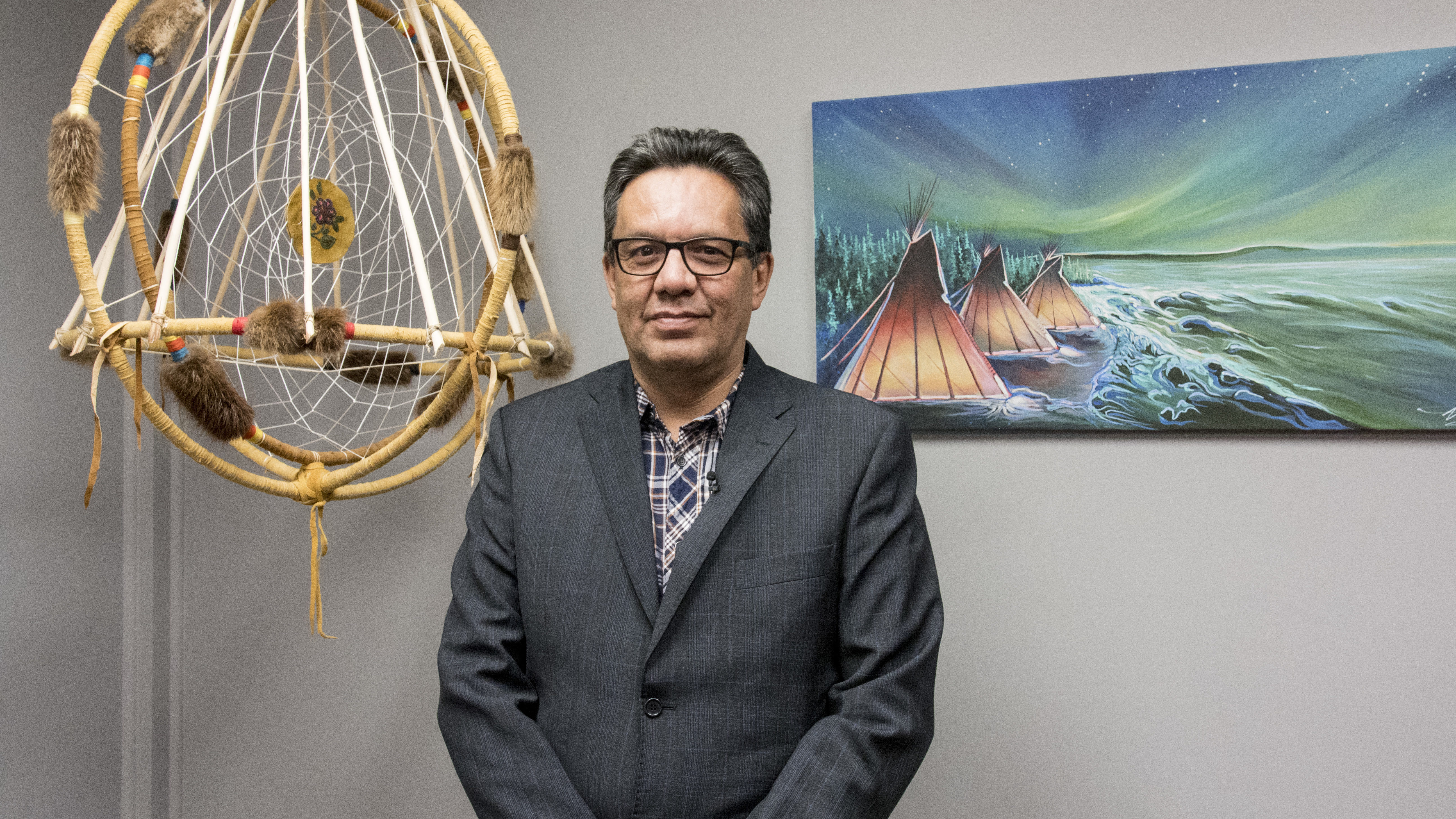 There’s a story from Vern Janvier’s childhood that has played a big part in who he is today.

“Back when there was not much here and we were living a traditional, subsistence lifestyle, my grandfather was hunting with his family in the bush, and one of his daughters – my aunt – got really sick,” he says, recounting a painful part of his family’s history.

“He tried everything he could, but he didn’t have any medicine to give her and she ended up passing away. He had to carry her body for two days back to the community. That’s why my grandfather always said that we need to be partners with the others who are here – for the health of our people, we need the money that brings stability and opportunities for our people.”

Janvier says his grandfather’s words have guided much of his life, first as he pursued jobs on natural gas projects in northern Alberta in the early 1980s, then as a successful entrepreneur in the oil and gas services industry, and now as chief of the Chipewyan Prairie Dene First Nation, located 120 kilometres southeast of Fort McMurray.

“The forest, the rivers, the land, is still very important to us for hunting and fishing and the traditional aspects of our culture, but those things are not how we make our living and pay for all the needs of our community,” he says. “Now we own drilling rigs, we run camps – we have a lot of employment and the industry is what has taken us into the future.”

Janvier is supportive of Teck Resources’ proposed Frontier oil sands mine, which is awaiting a regulatory decision from the federal government. Although it would be located approximately 200 kilometres north of his community, Janvier expects the project will generate much-needed opportunities for the community-owned companies that may service the project.

“The decline of the industry up here is kicking us hard,” he says. “A lot of the work has disappeared and that has affected us a lot because we rely on it for health care, to build houses for our community, for buses to get our children to school, to send our kids to university.”

Janvier points to Cenovus Energy Inc.’s recent decision to invest at least $50 million over the next five years on improved housing for his reserve and other First Nations and Metis communities near its oil sands operations as one example of how the industry is working to improve relationships with Indigenous people and maximize the benefits of oil and gas development for those living closest to it.