Growing local: Do you know where your vegetables come from? 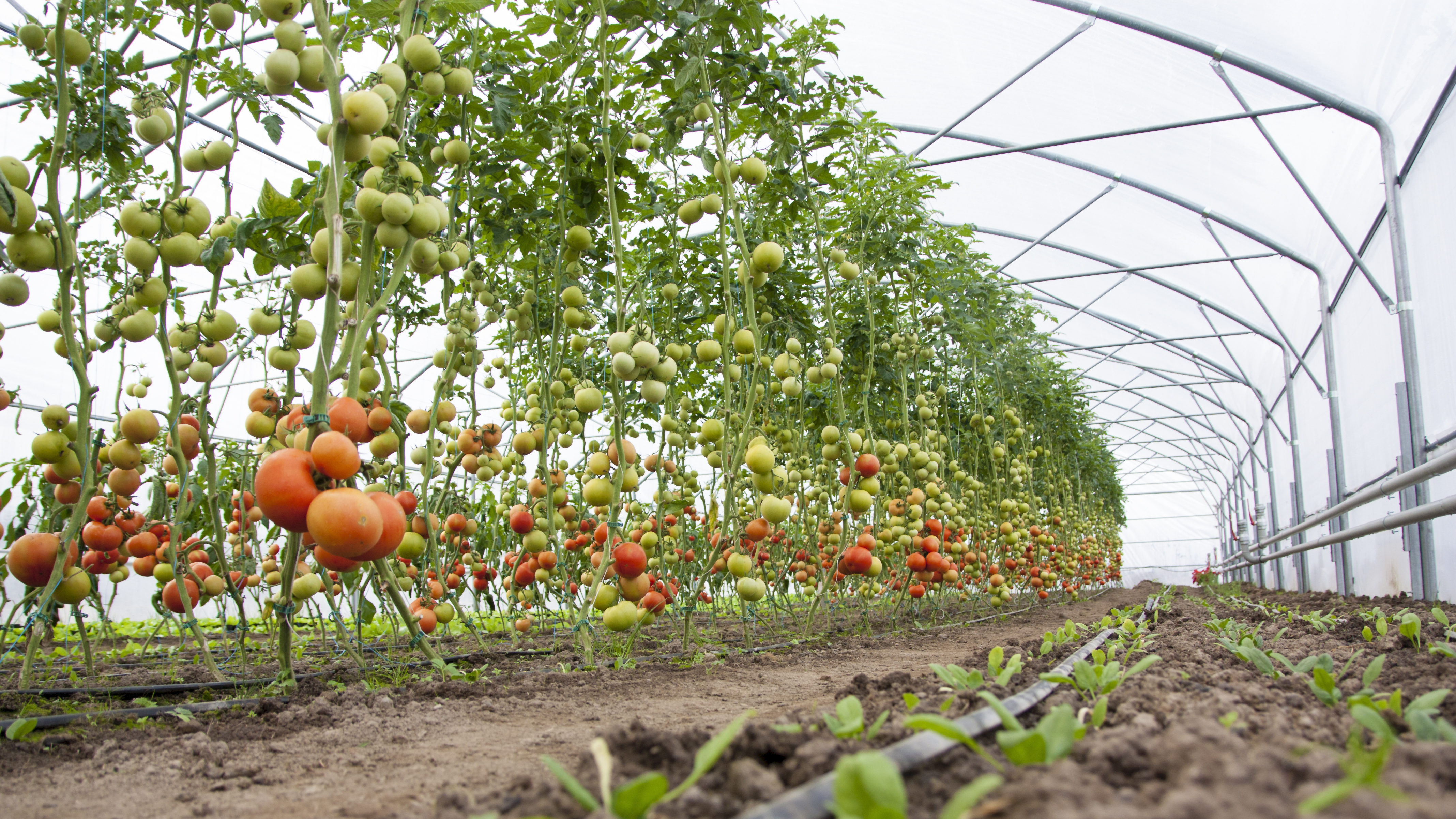 A row of tomatoes on the vine in a southwestern Ontario greenhouse. Photo courtesy Enbridge Gas Inc.

Linda Delli Santi gets flustered when she talks about how little the average person knows about greenhouses.

Her frustration is understandable given that she’s the executive director of the B.C. Growers’ Association and therefore charged with advocating for the industry. Still, she thinks people should know more about them given how important they are to Canada’s economy and food supply.

“Everyone thinks vegetables come from Safeway or whatever grocery store is in your area,” she says. “The information isn’t really out there. Greenhouses are kind of a mystery to them.”

Canada’s 658 greenhouse farms are indeed vital to the country in several ways.

They produce almost 600,000 metric tons of produce a year – mainly tomatoes, peppers and cucumbers, but also lettuce, eggplant and other crops, according to the Canadian Horticultural Council. They account for almost a quarter of all vegetables grown in the country and collectively employ more than 13,000 full-time and seasonal workers.

Greenhouse fruit and vegetable sales, meanwhile, rose 5.2 per cent to $1.5 billion in 2018, the sixth straight year of increases, according to Statistics Canada. Much of the output is being exported, amounting to $827 million in 2018. Nearly all of that – $825 million – came from the United States.

Greenhouse owners, meanwhile, point to natural gas as the main enabler of the growth. When considering where to situate new greenhouses, they’re typically looking at the availability of three inputs – water, light and energy that can produce heat. In Canada, where winters are long and cold, primacy often falls onto that third factor.

“Natural gas is kind of like the anchor tenant,” says Greg Devries, president of Dresden, Ont.-based Truly Green Farms and Cedarline Greenhouses. “If you have it, you’ve solved a good chunk of the equation in terms of what infrastructure you need.”

Some greenhouses use alternative fuels such as solar power or electricity to produce the heat their crops need to survive, but none stack up to gas.

“There are other options, but nothing trumps the reliability and cost effectiveness of natural gas,” he adds.

Natural gas also provides an added bonus in that it creates carbon dioxide when burned. Generally an undesirable byproduct in other environments, that CO2 is valuable for greenhouses, where plants use it for photosynthesis.

Not surprisingly, the greenhouse industry is booming. Many growers are adding or expanding to their current operations.

Delli Santi says B.C. has around 35 growers on the Lower Mainland, with another dozen or so on Vancouver Island and in the interior, amounting to a total of about 1,300 acres. Expansion is measured and consistent, she adds, with two to three growers adding new greenhouses each year.

Expansion is even faster in Ontario, where total acreage – about 4,000 acres currently – is increasing by about 7 per cent a year.

Together, Ontario and B.C. account for about 82 per cent of the 6,400 total greenhouse acres in Canada. Quebec and Alberta are third and fourth, with 642 and 296 acres, respectively.

Industry observers say the boom is being driven by consumers’ increasing desire for locally produced food. They may not necessarily know where it comes from, but producers are delivering it anyway.

“People’s preference for safe and fresh vegetables is growing, so that market is expanding quickly to respond to that,” says Ian Macpherson, senior manager of business development for Enbridge Gas, which supplies natural gas to most of the greenhouses in Ontario.

“It’s a key industry that has a lot of legs. The market is almost growing faster than we can keep up with.”

Studies differ on exactly how much of this produced CO2 is absorbed by greenhouse plants, but owners say the benefits of being able to condition their plants are clear. Windset Farms, for one, estimates it can produce 30 to 40 times more on its 68 acres in Delta, B.C., than it would on a comparably sized field.

“There’s a large production uptake when we increase the CO2 levels in the greenhouse, which is why everybody does it,” says Karl Fox, director of facilities. “We make the environment ideal and we have the potential to harvest year round. We’re never out of production.”

Natural gas currently accounts for about 35 per cent of all energy use in Canada, behind refined petroleum at 40 per cent and ahead of electricity at 25 per cent. But demand is growing at almost double the population rate, with the Canadian Gas Association expecting natural gas to become the leading source of energy by 2035.

As greenhouses show, each type of energy has benefits.

“Having all three makes us more resilient as a society, they all have value,” says Timothy Egan, president and chief executive officer of the Canadian Gas Association. “We’re concerned when policy makers talk about getting off any one of them.”