Finding fuel in the things we throw away 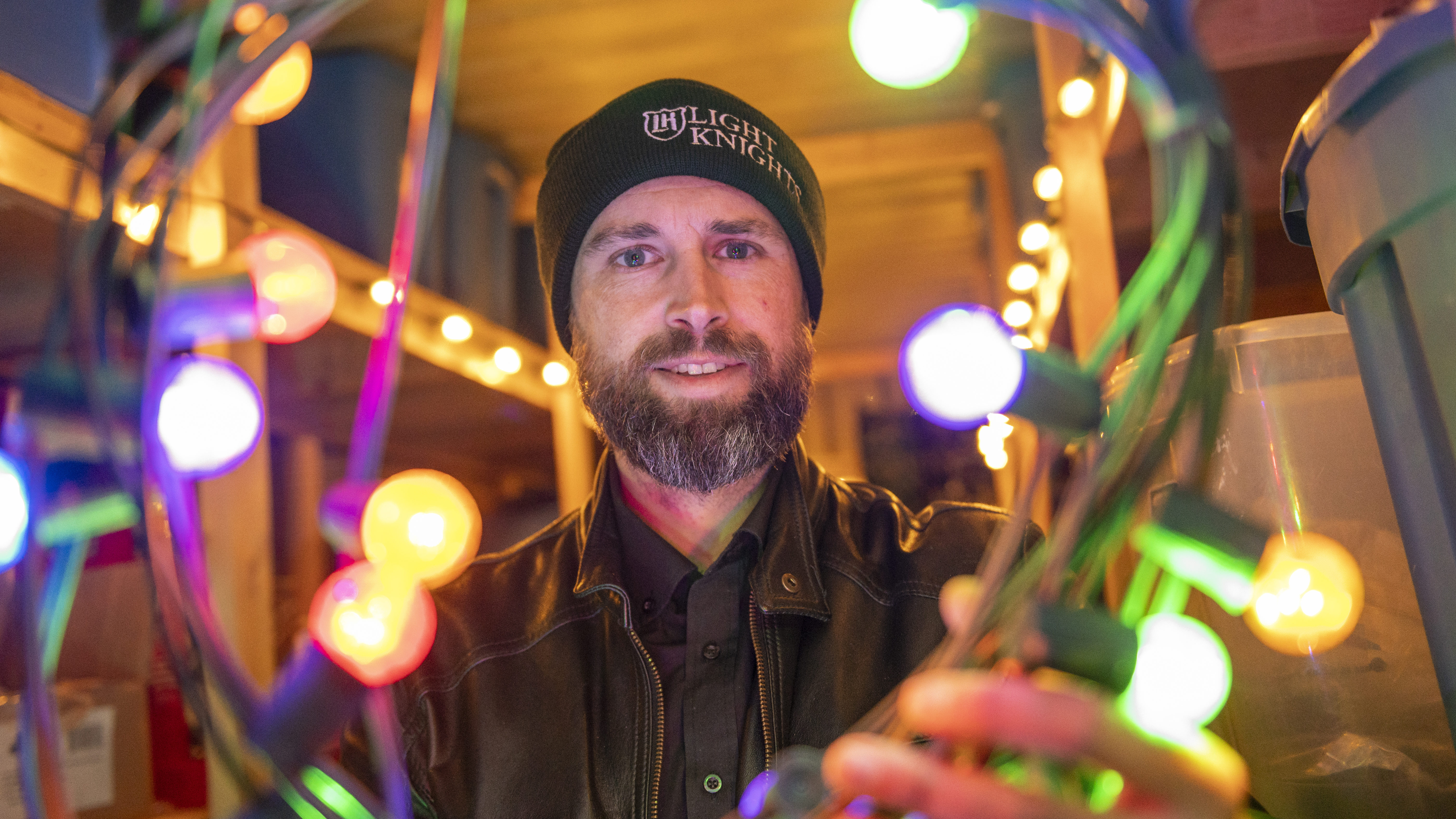 Four years ago, Ryan Lermitte was on a trip to Portugal and reading Let My People Go Surfing, a book by Yvon Chouinard about how he had turned his apparel company Patagonia into an environmentally conscious retailer.

Lermitte was inspired to do the same with Light Knights, the property maintenance and Christmas-light installer he had founded in Vancouver a few years earlier. When he returned from his trip, he began looking into how he could make his small business greener.

He found himself at an event where a representative from FortisBC was talking about renewable natural gas (RNG), a relatively unknown energy source that involves turning organic waste into usable fuel.

The natural gas and electricity utility had been offering a program since 2011 under which businesses and residents could voluntarily pay a premium to substitute some of their standard natural gas usage with RNG. Renewable natural gas is considered to be cleaner than its traditional counterpart since it is processed from naturally occurring waste such as food waste and animal and plant-based materials.

The only problem was not all parts of FortisBC’s network were being injected with RNG so it wasn’t directly available to all customers everywhere, including Light Knights and its Vancouver office. Lermitte signed up anyway.

“Frankly, it doesn’t matter,” he says. “It’s more about buying in and showing sustainable stewardship.”

To date, about 11,000 FortisBC customers out of a total one million in British Columbia have signed on to the company’s voluntary RNG program. Customers who opt in pay a premium on a chosen portion of their energy use, starting at five per cent, right up to 100 per cent.

The company then purchases a corresponding amount of RNG that it blends into its overall gas inventory, with the idea being to slowly but surely replace traditional fuel with the cleaner option. 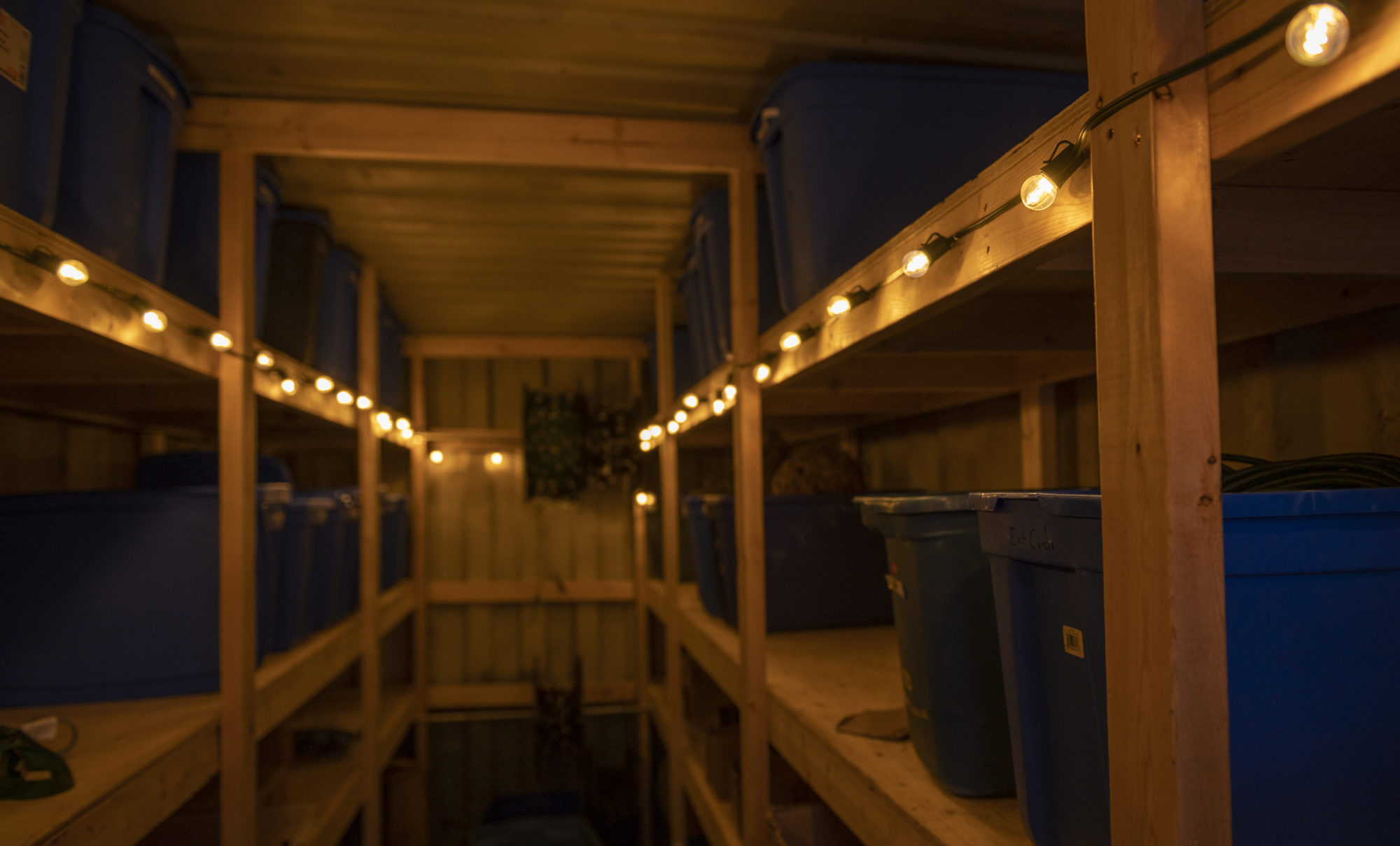 Stacks of lights are ready for install in the Light Knights warehouse. Photograph for Canadian Energy Centre

“People see it as a relatively small bite out of their budget to do something good for the environment,” says Scott Gramm, manager of renewable natural gas at FortisBC.

“We’re guaranteeing them that this money gets streamed to our projects. We’re going to inject into our system somewhere an equal amount of renewable natural gas.”

The premium isn’t insignificant. Lermitte says he pays about $10 per RNG gigajoule, versus just $3 for the regular natural gas that he gets at another investment property.

Still, he believes the investment pays off in other ways. Many of his clients are commercial and institutional operations that are increasingly requiring sustainability certifications from suppliers.

Being able to say that his company is paying into the RNG program delivers on that front.

“It has certainly helped us,” Lermitte says. “It’s very much in [our clients’] mandate now to look into their suppliers and the things they’re doing to help the environment.”

All natural gas, whether traditional or renewable, produces carbon dioxide – a greenhouse gas — when burned. But decomposing organic waste produces methane, another greenhouse gas that is 24 times worse for the environment than CO2, according to the Canadian Gas Association.

RNG-processing facilities capture methane from organic waste, then clean it up and turn it into biomethane, which is essentially identical to natural gas as a fuel. Its benefits are thus obvious.

“You’re taking something that is being produced no matter what and then using it to continue to provide energy services,” says James Tweedie, vice-president of operations and market affairs for the CGA. “There’s a great reduction in the overall greenhouse gas impact by taking what is currently, in the majority of cases, going into the atmosphere.”

RNG projects are multiplying for that reason, with slightly more than 100 now operational in North America, 11 of which are in Canada, according to Ontario natural gas distributor Enbridge Gas. A further 41 are under construction while 49 are in some stage of development.

In Alberta, a pilot project in Edmonton supported by a federal-provincial-industry partnership has been testing a new technology designed to convert forestry biomass into RNG. “For the first time in Alberta, the RNG produced during that period was tested and injected into the natural gas distribution grid owned and operated by industry partner ATCO,” said the consortium news release.

The City of Toronto, for another, recently unveiled a project at its Dufferin Solid Waste Management Facility that is using anaerobic digesters – large cylindrical machines that break down residential green bin contents into usable biogas – to fuel garbage trucks, thereby forming a virtuous waste cycle.

Provincial governments are starting to enact targets for converting to RNG from traditional gas. B.C. is the most aggressive, aiming for RNG to account for 15 per cent of all supplied natural gas by 2030, while Quebec is looking at a more conservative 5 per cent over the same time frame.

Ontario is only just getting into the game, with Enbridge Gas planning to request permission to enact a similar voluntary residential program from its regulator this spring. As with FortisBC in B.C., the company wants people opting into RNG before official rules require them to do so.

“There’s the carrot and there’s the stick. Right now we’re pursuing the carrot approach,” says Robert Dysiewicz, manager of RNG business development at Enbridge. “Sooner or later, we’ll be told what to do.”

One development Dysiewicz would like to see as part of the growing awareness around RNG is that people become more conscious of what they do with their waste at home. With green bins effectively providing the fuel to create literal fuel, he hopes consumers become more conscientious when it comes to separating their trash.

“The more organics that can be collected on the street level, the more energy that can be produced immediately,” he says.