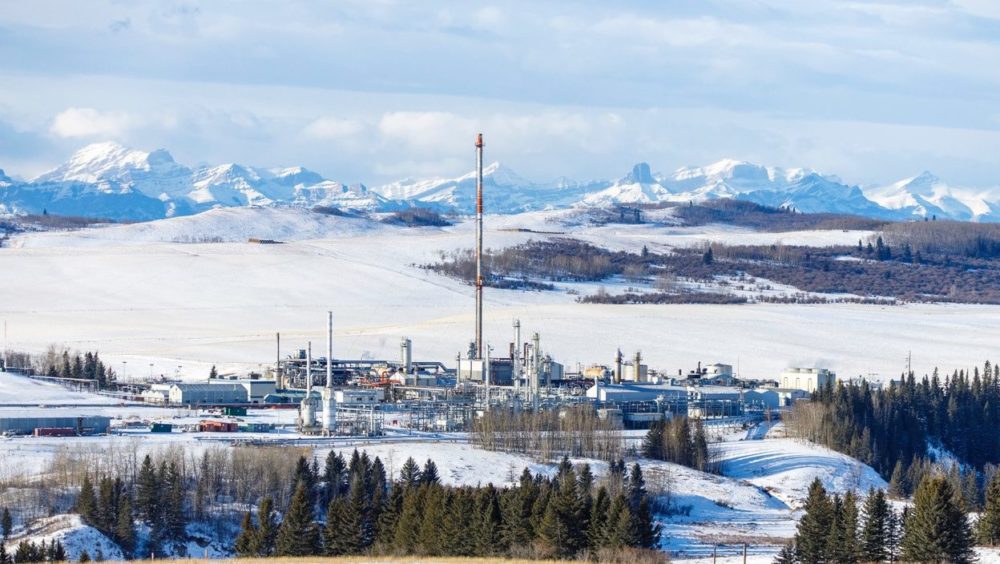 The Jumping Pound natural gas processing plant west of Calgary was recently acquired by Pieridae Energy as part of the company’s plan to supply Germany and the world with Canadian gas via its proposed Goldboro LNG terminal in Nova Scotia. Photograph for Canadian Energy Centre

“There is a huge window of opportunity, particularly when it comes to switching from coal to natural gas for power production,” said Maria van der Hoeven, a Dutch energy policy expert and former executive director of the Paris-based International Energy Agency (IEA).

As the UN Climate Change Conference COP 25 continues this week in Madrid, Spain, recent reports by the IEA and the Netherlands’ Clingendael International Energy Programme (CIEP), where Van der Hoeven is a senior fellow, have concluded that replacing coal-fired electricity generation with natural gas can provide some of the quickest and deepest cuts to global GHG emissions, supporting the Paris Agreement’s goal of limiting global warming to less than 2 degrees Celsius. Power generation currently accounts for more than one-third of all GHG emissions. Using natural gas to generate electricity produces half as many GHGs as coal and virtually eliminates the noxious air pollution related to burning coal.

“Canada has a great reputation and your companies are doing a very good job, but you need to step up and show the world what you are doing and how you are walking the talk,” van der Hoeven said.  “Climate change is a global issue, so it is very important that you share your industry with other countries.”

The biggest opportunity for Canada to provide its clean-burning natural gas is in Asia, as countries like China and India – currently the world’s largest coal users – seek reliable gas supplies for their growing populations and Japan struggles with the shutdown of its nuclear power industry.

While the infrastructure is not yet in place to export) Canadian natural gas overseas, switching the fuel for China and India’s existing power generation from coal to natural gas sourced from Western Canada could potentially reduce global CO2 emissions by five per cent. The Canadian Association of Petroleum Producers (CAPP) estimates that using gas instead of coal for new power plants planned over the next 20 years in China, India and Southeast Asia with gas would eliminate 1,500 megatonnes of GHGs per year – more than twice Canada’s current annual emissions.

“Replacing coal in China – which burns four times more coal than any other country on earth – with our LNG will be an important step forward in Canada’s contribution to global emissions reduction,” Victor Dodig, the president and CEO of CIBC, one of Canada’s largest banks, said during a recent address to the Economic Club of Canada. “It’s an example of the ultimate win-win that is clearly in the nation’s interest.”

Canadian natural gas has distinct economic and environmental advantages over its competitors. Shipping distances to Asia and Europe are shorter from Canada’s west and east coasts than for supplies coming from the U.S. or Middle East. Meanwhile, strong federal regulations to curb methane emissions from oil and gas production, the use of hydroelectricity to power liquefied natural gas (LNG) terminals, and a cold climate that reduces the cost of cooling natural gas into a liquid for safe and efficient shipping will place Canada among the cheapest and ‘greenest’ sources for LNG in the world.

Canada is relatively late to the race to develop LNG exports, despite being the world’s fourth largest gas producer. Six projects are actively in development but only one has begun construction – the LNG Canada project in Kitimat, B.C.  that is a joint venture between Shell, Petronas, PetroChina, Mitsubishi and Korea Gas Corporation.

Environmental assessments for LNG Canada  estimate that when it begins shipping gas to Asian markets in 2023, it has the potential to displace the use of coal, reducing GHG emissions by 60 to 90 megatonnes per year, equivalent to removing up to 80 per cent of the cars from Canada’s roads.

Three of Canada’s proposed LNG projects are on the East Coast, where they are well positioned to export gas primarily sourced from Western Canada to markets in Europe, India and South America. Calgary-based Pieridae Energy recently acquired Shell Canada’s natural gas assets in southern Alberta to provide the gas supply for the first phase of the $10-billion LNG terminal it plans to begin building in Goldboro, Nova Scotia in 2020. As the largest industrial project in Nova Scotia’s history, construction of the terminal is expected to employ 3,500 people, while supplying the gas could revitalize drilling activity in the Alberta foothills.

“We have a 20-year contract with Germany’s largest utility Uniper to supply it with cleaner-burning Canadian natural gas for 20 years,” said Alfred Sorensen, Pieridae’s CEO. “This represents 10 per cent of German gas demand and will help Germany lower its reliance on high-emissions coal.”

Canadian premiers are pushing to ensure Canada earns credit for half of the emissions reductions generated by displacing coal with its LNG in overseas markets. In doing so, CAPP estimates that bringing five LNG projects to life would meet or exceed Canada’s emissions reduction targets under the Paris Agreement.  The details of Article 6 of the Paris Agreement that would govern emissions credits related to international energy exports are being discussed at COP 25 this week.

Van der Hoeven and others say regulatory uncertainty and new pipeline development continue to be the biggest hurdles for Canada to achieve its potential as a global energy supplier. In the meantime, the United States, Australia, Qatar, Russia and Malaysia continue to expand their gas export capabilities.

“As a world leader in responsible energy production, we help neither ourselves nor the planet if we undermine our own ability to compete on the world stage,” said CIBC’s Dodig. “Instead, we allow other countries to meet the growing demand with oil and gas that’s produced with less stringent environmental standards and less responsible governance and regulation.”