As harbour master at the Vancouver-Fraser Port Authority, master mariner Capt. Shri Madiwal has the complex job of ensuring safe and efficient operations at the Port of Vancouver, Canada’s largest and busiest link into the global ocean economy.

Part of this is oil tanker traffic from the Westridge Marine Terminal at the end of the Trans Mountain Pipeline, which has operated safely without a tanker spill in its more than 60 years of operations.

Madiwal, who has professional certification in India and Canada, took on the top operations job at the port authority in June 2019 after more than 20 years in diverse roles internationally at sea and onshore. He says that increased tanker traffic from the coming expansion of the Trans Mountain system will add to the complexity of operations in the busy port, but he’s not concerned about the safety aspect.

“The movement of petroleum products through the port is heavily controlled with a robust protocol in place around safely navigating and transiting oil tankers,” he says.

“This is the largest port in Canada, so it’s always kind of a busy time. Safety is critical because it has a significant impact not only to the individual vessels but to the overall port operations.”

Oil shipping in the Port of Vancouver

The Port of Vancouver handles the most diverse range of cargo in North America. Each year, approximately 3,150 vessels call at Vancouver’s port with a mix of commercial ships and recreational boating. Right now about 60 of these vessels each year handle crude oil and petroleum products delivered by the Trans Mountain Pipeline. When the project’s expansion is complete in late 2022, this will increase to approximately 400 vessels annually.

Trans Mountain’s Westridge Marine Terminal, one of 29 major terminals in the port, has been loading tankers safely since 1956.

“This is not a new activity that is taking place in the Port of Vancouver,” Madiwal says. “We have a good track record [and] I’m confident in saying that the procedures and policies that we have currently in place for ensuring the safe transit of the oil tankers is world-class.”

In its early 2019 reconsideration report on the Trans Mountain Expansion, the Canada Energy Regulator (CER) found that a spill from increased tanker traffic is unlikely, thanks to the robust regulatory framework and safety protocols in place, as well as enhancements planned by the company.

The CER also highlighted the long, safe track record of shipping from the Westridge Marine Terminal.

“The fact that pilots on the West Coast of Canada have moved crude oil carriers without incident for over 50 years supports a conclusion that project-related marine shipping can be conducted safely,” the CER found.

That also resonates with Michelle Corfield, former chair of the Nanaimo Port Authority, which shares an area known as the Salish Sea with the Port of Vancouver.

“There hasn’t been a major incident in the Salish Sea in 70 years,” says Corfield, a member of the Ucluelet First Nation. New technologies have helped reduce the likelihood of a spill, she says, such as using real-time visual data to monitor movements of whales as a way to guide incoming ships around them.

First Nations on Vancouver Island also play an important role in emergency response on the Salish Sea, she says.

“They are often the first responders for us, given their location all around the island.”

Like all Canadian ports, the Port of Vancouver has strict protocols in place to avoid spills from oil tankers, and respond in the unlikely event an incident occurs.

This includes the requirement for at least one licensed B.C. marine pilot to be on board guiding a tanker when it is inside the port, mandatory double hulls or heavy layers of steel sealing in the cargo, tug boat escorts, marine inspections and visual, auditory and electronic aids that warn of obstructions and mark shipping routes. 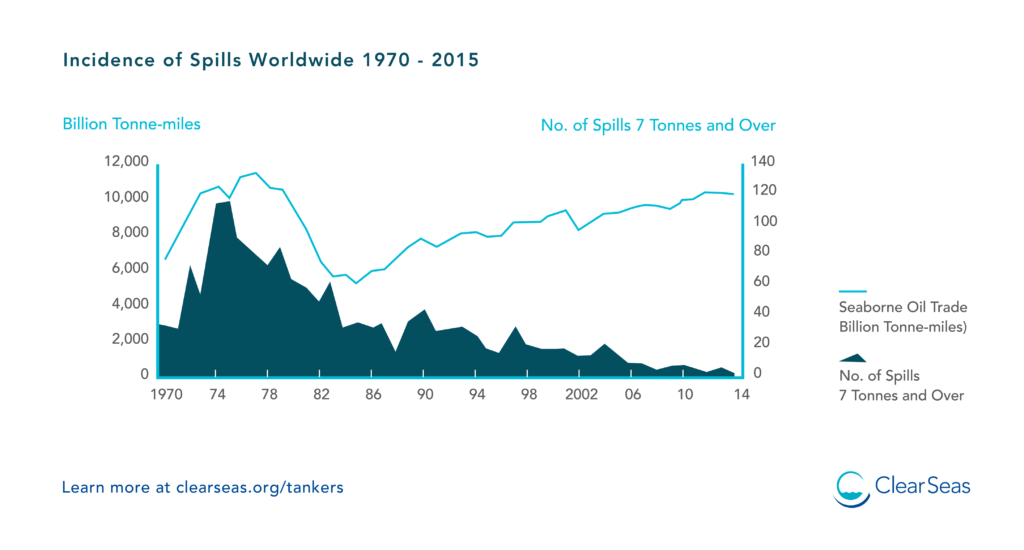 The re-approval of the Trans Mountain expansion comes with 156 conditions from the CER, numerous of which apply to marine shipping. The CER also made recommendations to the federal government relating to marine shipping where additional measures are outside its regulatory authority.

While construction continues on the Trans Mountain Pipeline Expansion Route and at the Westridge Marine Terminal, it is also getting underway on new spill response infrastructure facilitated by the project.

Western Canada Marine Response Corporation (WCMRC), the only Transport Canada-certified marine response organization on Canada’s West Coast, announced in early September that it is proceeding with a new on-water spill response base in Vancouver Harbour. It’s one of eight new spill-response bases planned as part of a $150-million investment in WCMRC by Trans Mountain.

Through WCMRC, the pipeline expansion is facilitating B.C.’s largest-ever expansion of spill response personnel and equipment on the South Coast.

In addition to new spill-response bases, the funding will double WCMRC’s current spill response fleet to 88 vessels and add 120 employees. Trans Mountain says these assets will be available to respond to any spill incident along the BC southern marine shipping route, improving safety for industrial shippers as well as residential, commercial and other users.