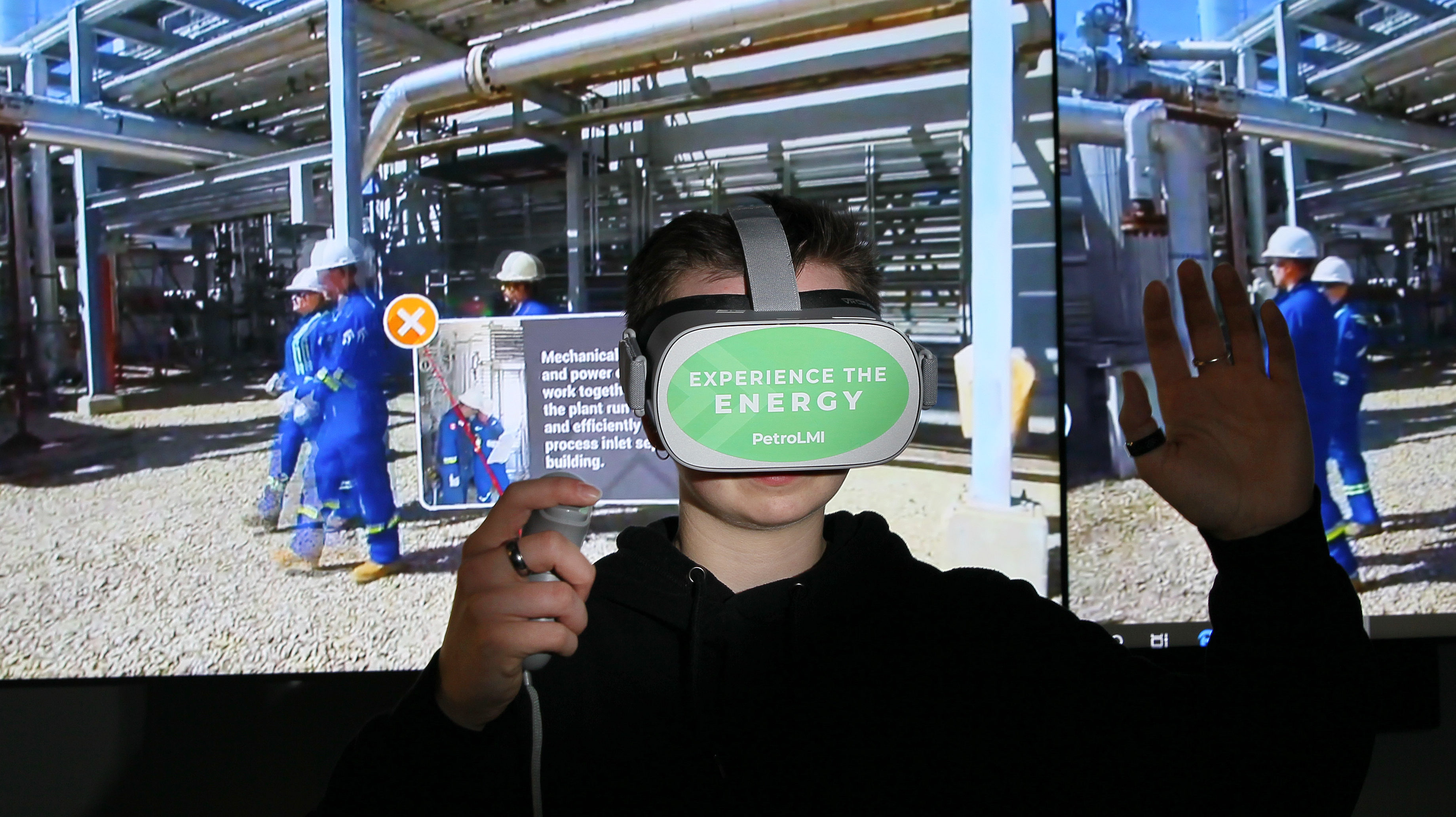 A first-of-its-kind virtual reality tour featuring Canada’s oil and gas worksites has been created to showcase the careers, innovation and technologies that are transforming the energy industry.

And they’re branching out to broaden the technology to build VR games that emulate the skills and tools used by energy workers.

Experience The Energy: Take the Tour is an initiative launched by the PetroLMI Division of Energy Safety Canada in November.

Carol Howes, vice-president of Energy Safety Canada’s communications and PetroLMI, says the new tool provides people with an authentic experience that is unlike anything else out there.

People can put on a headset and then be transported to seven different types of worksites where they can see everything from a smart pig, a device that monitors the health of a pipeline, to the operation of the largest trucks in the world.

Users can also virtually put themselves in control rooms that monitor pipeline operations, as well as in places the public rarely sees, like production plants and mining operations.

Howes says the new tool is a cost-effective way for people to see, understand and be part of the energy industry.

“We started working on this project some time ago and the purpose of it is because we really wanted to showcase some of the careers and the innovation and the technologies that are happening within the oil and gas industry and in a way that was attractive and appealing to various audiences, particularly young people,” says Howes.

“This is a vehicle that young people are using and they like it. And this is a way to really show them what it’s like to be on the ground on different worksites because you really don’t understand or know what a SAGD worksite looks like until you can experience it. And this VR really helps to do that.

“The technologies are advancing quickly. You can’t really see that in a brochure or online or in a photograph.”

PetroLMI is a leading resource for labour market information and trends in Canada’s energy industry. It specializes in providing oil and gas labour market data and insights, as well as resources for workforce and career planning.

Research by the organization has indicated that workers don’t have enough information about the shifting requirements in Canada’s rapidly changing energy sector, which is constantly seeking new skills and knowledge to support the changes in technology the industry is experiencing.

Howes says the virtual tour was designed particularly with Indigenous Canadians, youth, workers in transition and newcomers to Canada in mind. It is available for free through the Oculus store for the Oculus Go VR headset. It is also available on the PetroLMI website.

Experience the Energy: Take the Tour is available in both English and French. Funding was provided by the Government of Canada’s Sectoral Initiatives Program as well as the Alberta government.

Howes says information and a video about the virtual reality tool has been shared at 23 different events. The information is being brought into the schools as well as in partnership with the Urban Society for Aboriginal Youth, which is bringing the info to Indigenous communities.

Companies, meanwhile, are also using the tool for recruiting purposes.

“We’re actually working on a second video that we’re going to be launching in the new year,” Howes says.

“As an example, one of the games is actually a drill rig and you have to try and maneuver the drill bit down through a well bore.

“There’s a number of different games that we’re trying and it will be both in animation virtual reality and some of them are in augmented reality. You test your skills and at the end of the game it will say, ‘Based on your abilities you might want to consider looking at some of these careers going forward.’”