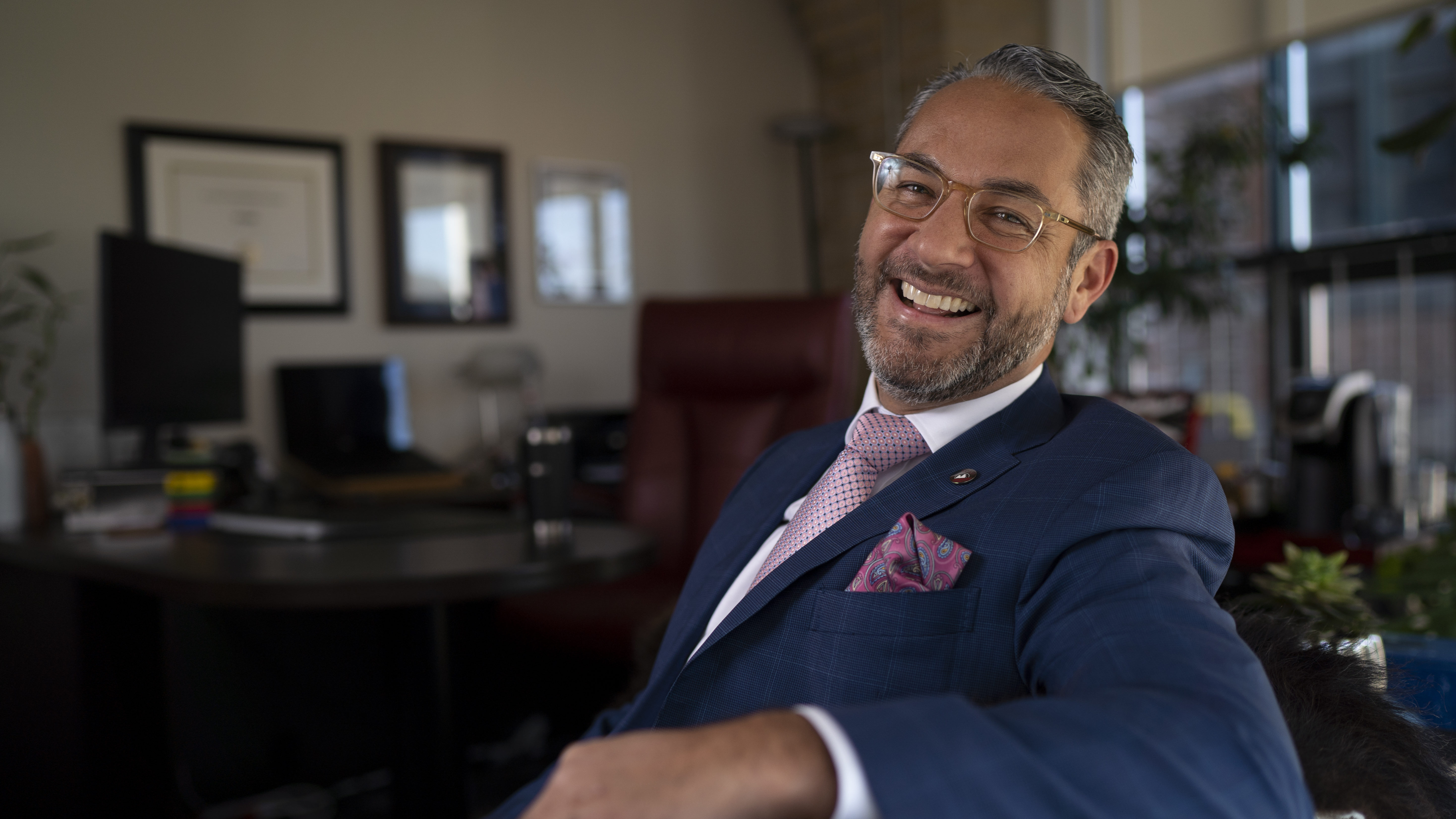 JP (Jean Paul) Gladu is photographed in Toronto, Ontario on Friday, January 17, 2020. Gladu is leaving his role as head of the Canadian Council for Aboriginal Business to take on the job as CEO of Bouchier, one of the largest contracting firms in the Athabasca oil sands region, based in Fort McMurray. Photograph for Canadian Energy Centre

* Update Mar. 31, 2020: As COVID-19 continues to have many impacts around the globe, JP Gladu says he will no longer be heading to Fort McMurray to take on the role of CEO at Bouchier Group. The company, in response to the current economic climate, was required to reduce nearly half of its workforce, including senior executives.

For Jean Paul (JP) Gladu, now is the right time to head west despite challenges facing the oil and gas industry.

“People are leaving and I’m going in,” he says.

After heading up the Canadian Council for Aboriginal Business (CCAB) for seven years, Gladu is moving to Fort McMurray, Alta., in April to take on the role of CEO of Bouchier, one of the largest Indigenous-owned contracting firms in the country.

He’s looking forward to life in Alberta. “I’ve always considered myself an Albertan at heart. I’ve spent a lot of time out there. I have a lot of friends and I have a lot of respect for the communities out there, especially Fort McMurray [which] has gone through so much. The resiliency of the people of that town is extraordinary.”

“They have an extraordinary story of perseverance and respect for community,” Gladu says.

Gladu, who is Anishinaabe and a member of Bingwi Neyaashi Anishinaabek First Nation on the shores of Lake Nipigon, ON, says the Bouchiers share both his values and those of CCAB.

Among Bouchier’s 1,000 staff, 40 per cent are Indigenous. The company also sources goods and services from local Indigenous suppliers and has been recognized for giving back to the community.

It’s a good fit for Gladu, who wants to see what he calls economic reconciliation: more opportunities and good wages so Indigenous communities are managing wealth, not poverty.

The key, he says, is procurement opportunities, citing Cenovus Energy as an example. The company recently announced plans to spend at least $1.5 billion with Indigenous-owned or operated businesses in the next 10 years, adding to the almost $3 billion it has spent with these companies since 2009.

Before joining CCAB, Gladu was in natural resources for more than two decades. He studied forestry, then business both at Queen’s University and the University of Toronto. He serves on the Ontario Power Generation Board of Directors. And a few years ago, he was appointed Chancellor of St. Paul’s University College at the University of Waterloo, where he was recognized for his positive impact within First Nations across Canada.

Gladu says the new job will be a big change but he does not shy away from a challenge. Nor does he shy away from the energy debate. He says the majority of First Nations support development.

“Our people have relied on oil, gas, mining, and forestry…businesses have proliferated because of it.

“I am very pro-resource development. It’s my lineage, and I see the opportunities. I see the value in it. I see the challenges.

“I don’t shy away from this conversation. I respect the views of others as well that are opposed to oil and gas. I don’t agree with everything they say but I certainly appreciate their voice.”

He says those other voices “keep you honest and it keeps you working for a better future.

He believes there is some important common ground within the larger debate: “To secure a future for our kids and that means economic and environment.”

He wants to get back to the land on weekends, and maybe take his 16-year-old daughter moose hunting.

“Hunting was such a passion of my dad’s that I was always around it at a very young age and it’s a passion of mine now,” he says.