Japanese Prime Minister Fumio Kishida sees the LNG Canada terminal under construction at Kitimat, B.C. as a “flagship” facility, he said in remarks Jan. 12 during a visit to Ottawa to meet with Prime Minster Justin Trudeau.

“LNG will indeed play a crucial role in striking a balance between energy security and decarbonization,” he said.

“LNG Canada is a flagship project making maximum use of the latest technologies of Japanese companies.”

Resource-poor Japan is the world’s largest LNG consumer, using the fuel to generate electricity, power industry, and heat homes and businesses. Qatar is one of Japan’s largest LNG suppliers.

Kishida is expected to ask for Canadian LNG as the country looks to replace Russian gas supplies. Japan, a relatively short distance from the LNG Canada project compared to terminals on the U.S. Gulf Coast, imported nearly 75 million tonnes of LNG in 2020 – worth over $30 billion.

Germany, moving swiftly to reduce reliance on natural gas flows from Russia, built an LNG import facility in just 194 days and recently received its first shipment from the U.S. It also signed an agreement with Qatar to receive 2 million tonnes of LNG per year for 15 years starting in 2026. Germany will open a second LNG import terminal in January.

While Canadian LNG can help alleviate the challenge in Europe, the larger long-term opportunity is in Asia, according to energy consultancy Wood Mackenzie. 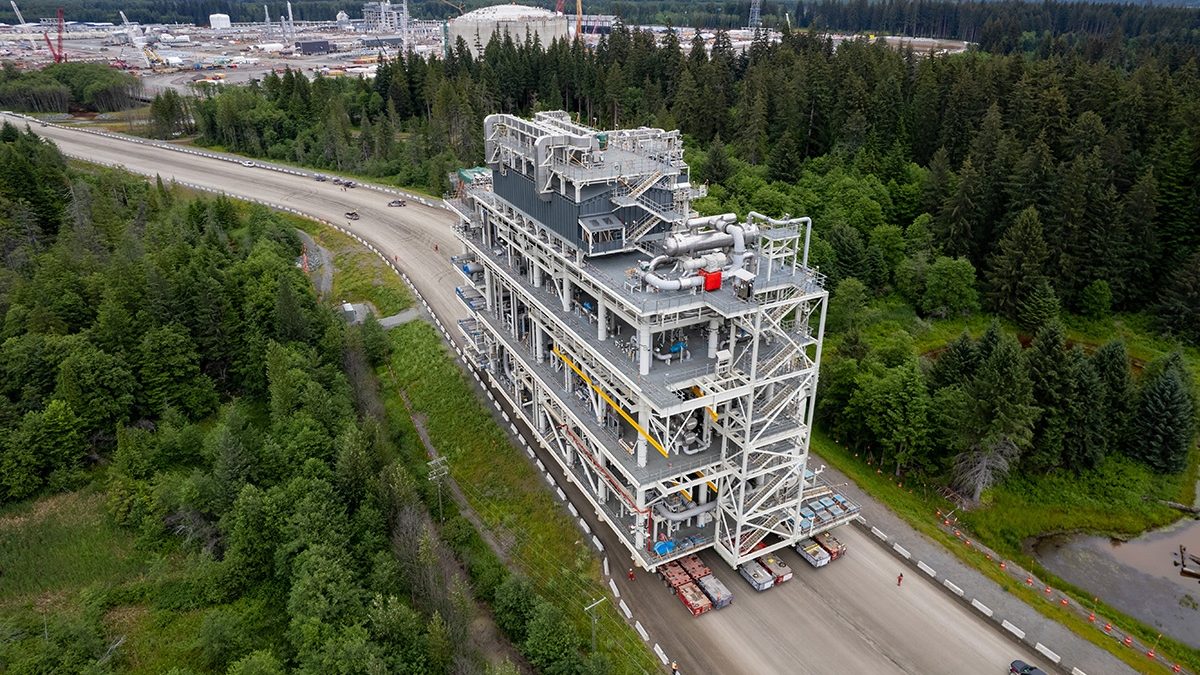 “For Asian buyers, Canadian LNG is quite cost competitive due to its relatively low shipping and liquefaction costs compared to other global exporters,” says Dulles Wang, Wood Mackenzie’s director of Americas gas and LNG research.

As of July 2022, Japan had 92 operating coal plants, 6 under construction and 1 in pre-construction, says Global Energy Monitor. Construction of new coal-fired power plants is occurring mostly in Asia, with China accounting for 52 per cent of the 176 gigawatts of coal capacity being built in 20 countries in 2021, says a New Scientist report.

“If Canada increases its LNG export capacity to Asia, net emissions could decline by 188 million tonnes of CO2 equivalent per year through 2050 – or the impact every year of taking 41 million cars off the road,” according to Wood Mackenzie analysis.

Asia drives 67 per cent of global LNG demand today, and that share is expected to grow to 73 per cent by 2050 as world consumption doubles to 700 million tonnes per year.

“Developing western Canadian LNG would be helpful to alleviate the LNG demand that’s going to develop in the world.”